Meet the members of our cast. Below you'll find brief bio's on our cast members for the 2008 show season. You can contact any of them using the email links provided below. 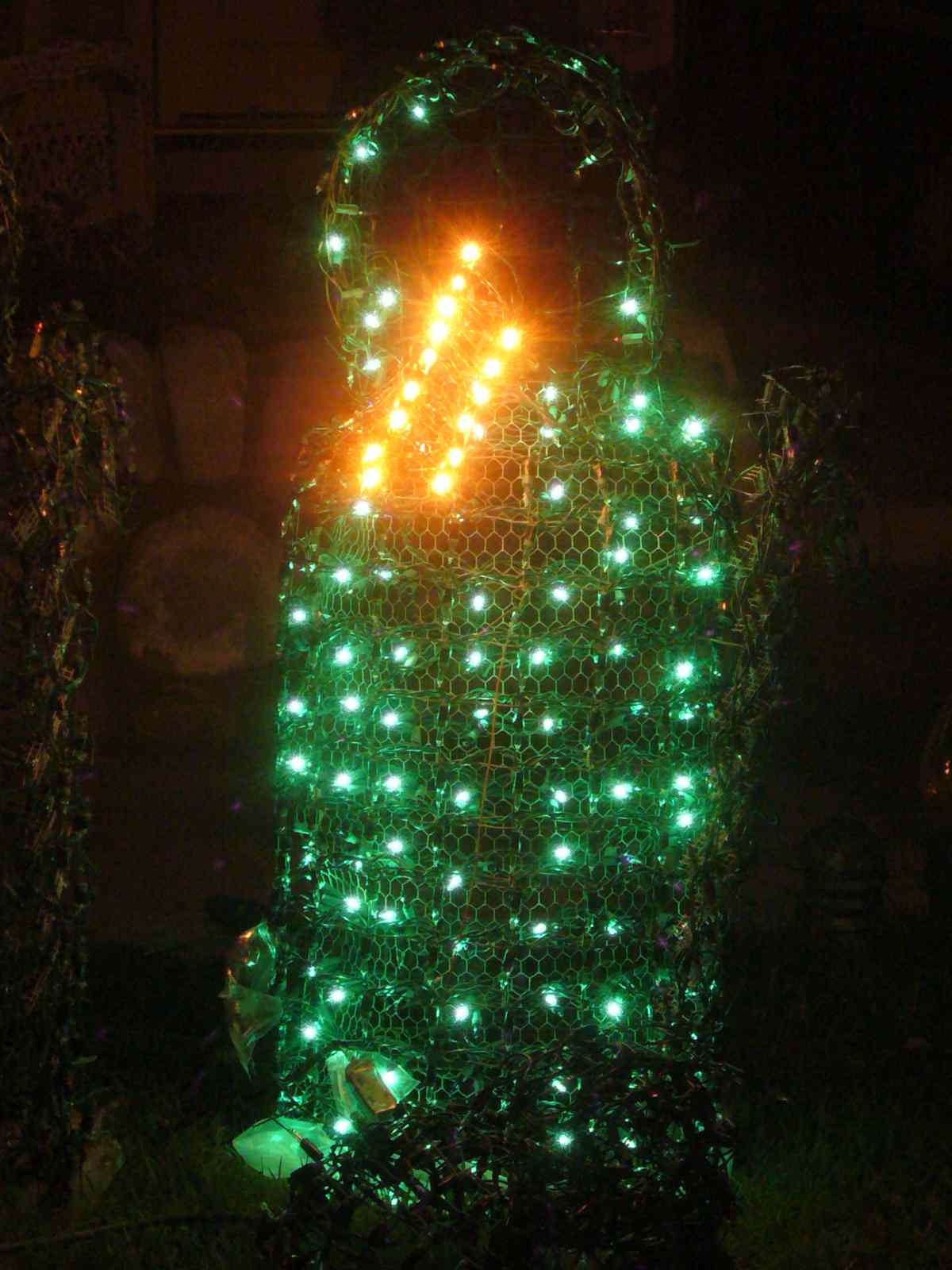 Reed is our sax player, and lead eShepherd. He's been with the group right from the start, but only this year did he agree to play the sax live in front of everyone for our show. He was a little nervous at first, but he's done a great job and hasn't missed a note (since our lighting guy fixed up the sequencing, that is).

Reed is a native of Southern California, and enjoys the outdoors, due to the moderate climate. Reed recently celebrated his 10th anniversary with the group - the cast threw him a party, with "light" snacks afterward. 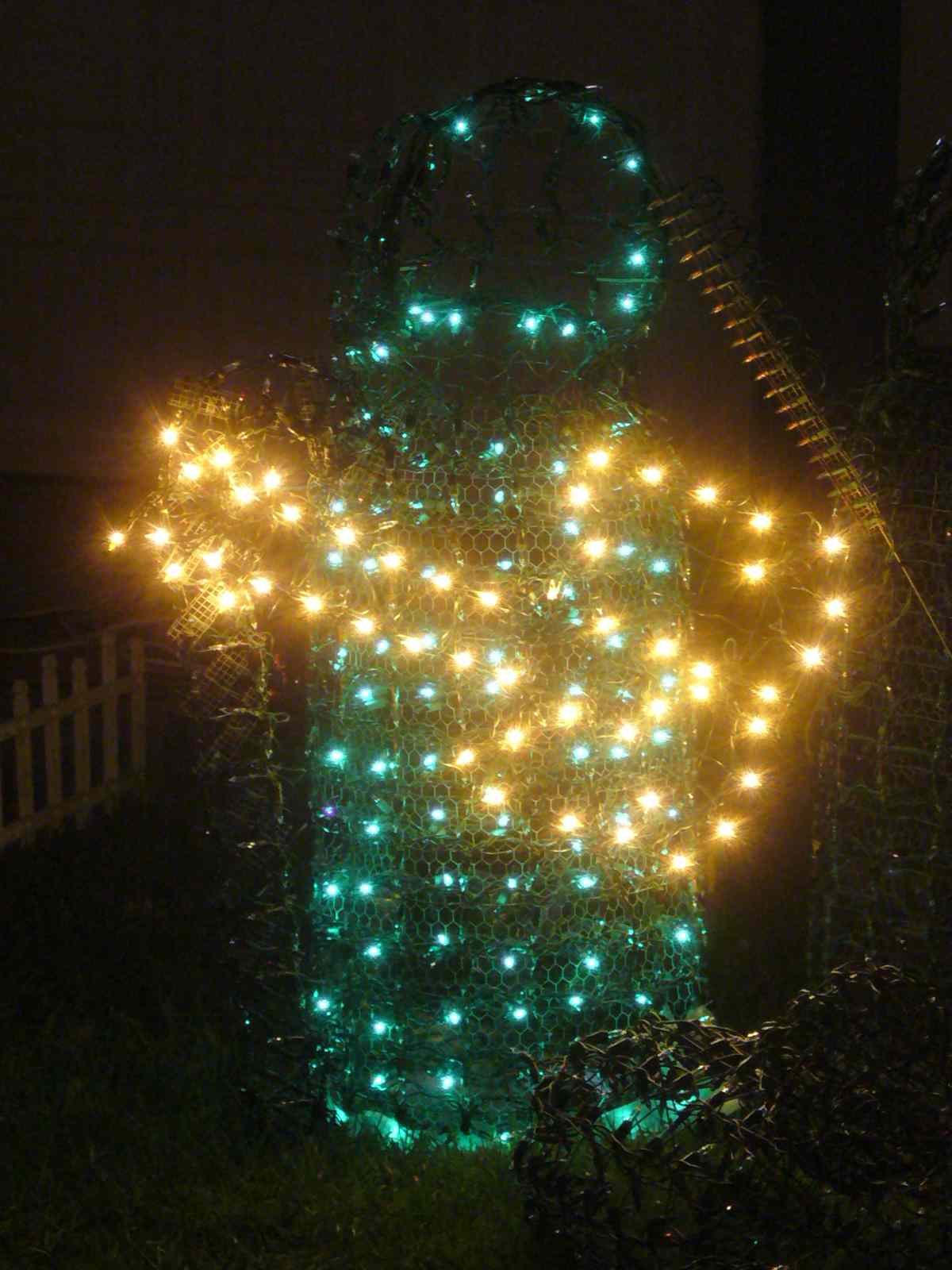 G.T. plays electric guitar in the show. Off-stage, he also plays accoustic and base guitars, as well as several other instruments. He is very gifted. He is our "Jim eHendrix".

G.T. is new to the group this year - through a friend, he heard about Reed's search for additional cast members, and, after a "long and challenging sequence of events", here he is! We're glad he's now a member of our cast.

G.T. works well under stress, and is pretty "low strung". Off-stage, he is an indoors guy - he likes puttering around the garage, and also enjoys listening to music and playing video games. Guitar Hero is his favorite, of course. His email is G.T.@eShepherdsOfLight.com. 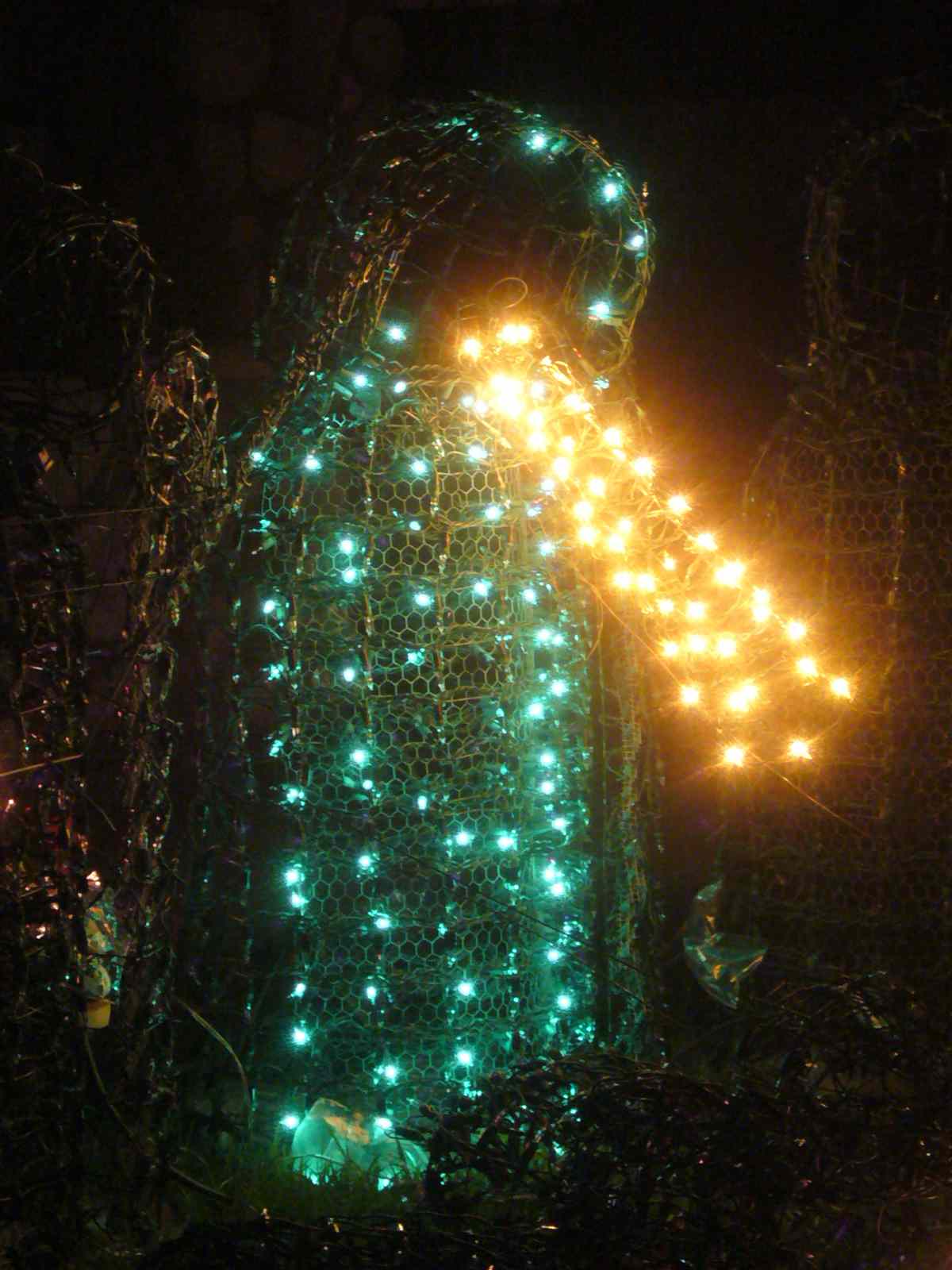 Obediah, or "Obi" as he likes to be called, plays the oboe for our jazz and orchestral segments. He is also new to the group this year - he "got wind" of an opportunity to join our show, and contacted Reed.

Obi is an entertainment buf - he enjoys movies and most other forms of entertainment. Las Vegas is his favorite entertainment center - all those glowing lights seem to draw him in. His favorite movie is Star Wars. Send him a line at Obi@eShepherdsOfLight.com. 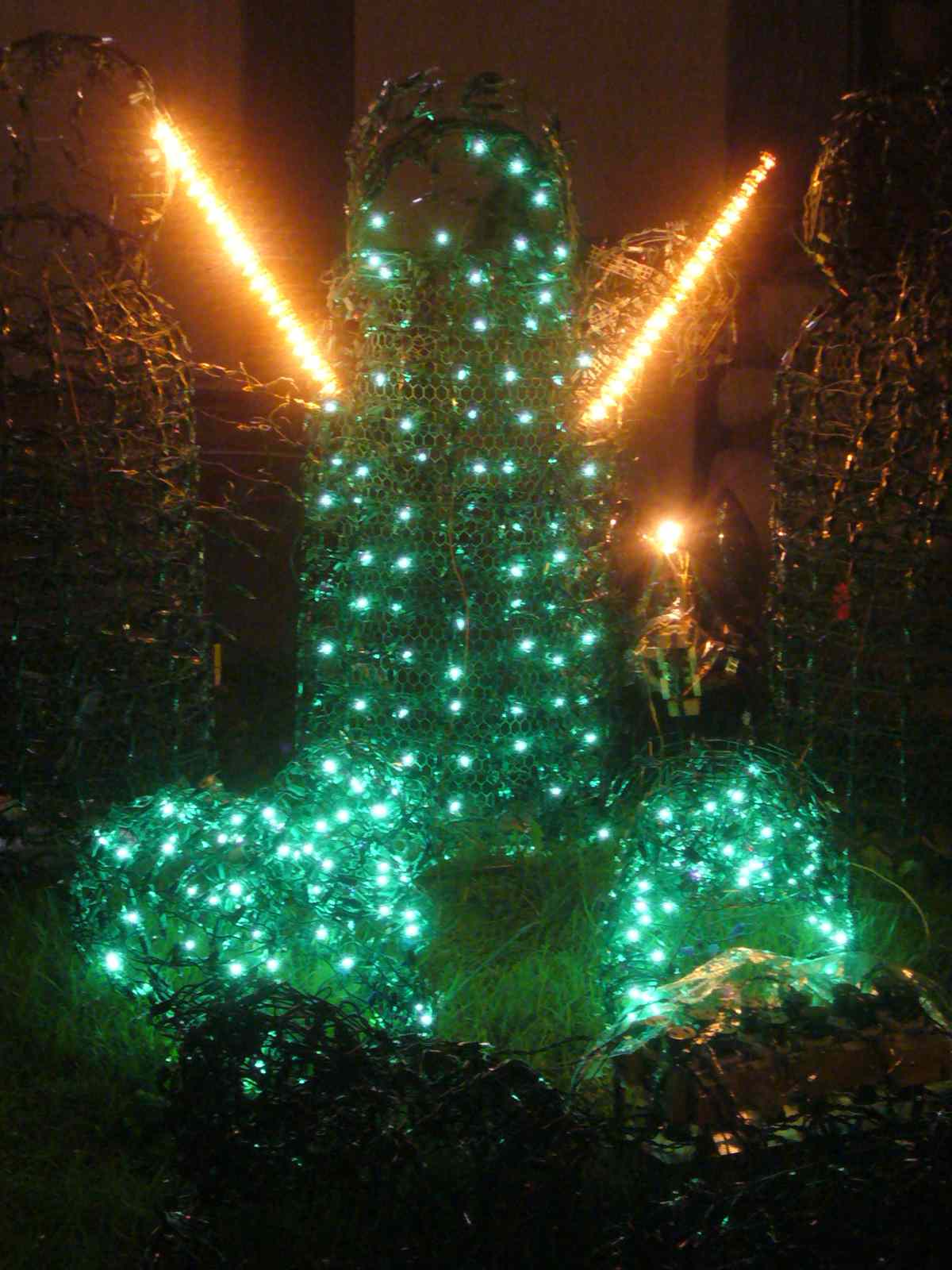 "Sticks" is the newest member of our cast - new to music in general, in fact. As recently as October 2008, he was working at a local Home Depot in the gardening department. One day our tech guy saw how all the pieces fit - now he's in our cast. "Sticks" never misses a beat. He is our lead drummer, and also backup rhythm for our more traditional tracks.

Off the "beaten track", "Sticks" still enjoys gardening, since that's where his "roots" lie. He also likes listening to music. "Little Drummer Boy" is his favorite Christmas tune. You can shoot him an email at Sticks@eShepherdsOfLight.com. 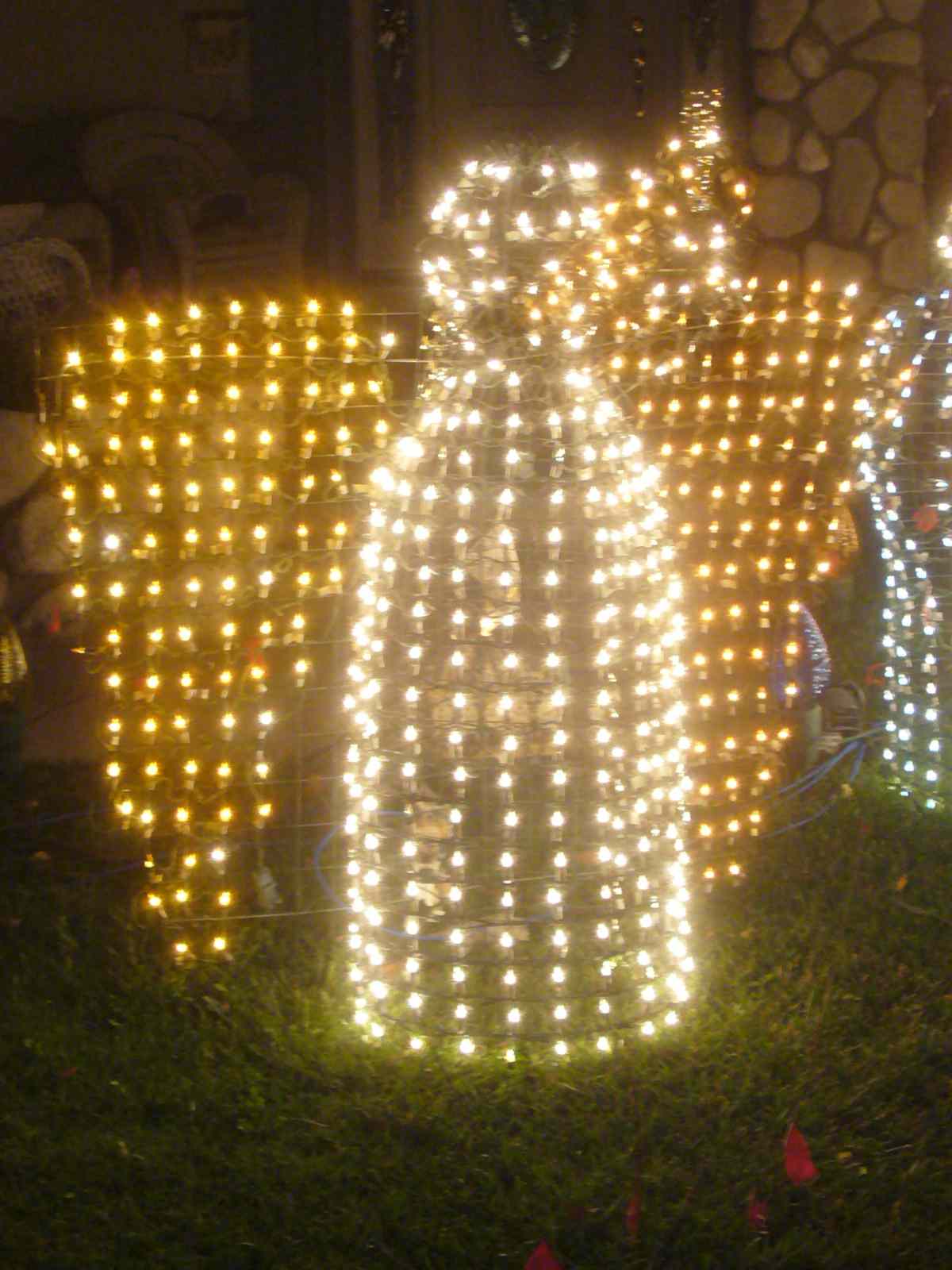 Angelica is our lead vocalist, and co-founder of the group (along with Reed). She has been influential at every stage in the group's formation and growth, and even helps choose our music.

Angelica is not from around here - nobody really knows where she's from. But, she's an important part of the group, and we couldn't do the show without her. She's always vibrant, glowing with energy and full of good news.

Off-stage, Angelica is rather quiet. She's also an animal lover, and wants everyone to know that the sheep are not in any way injured by Sticks during the show (in fact, they kinda like the massage). Angelica can be contacted at Angelica@eShepherdsOfLight.com.

Several of Angelica's friends help out with background vocals for a few of the segments. They are also members of the bell choir, providing melody for some of the tracks. 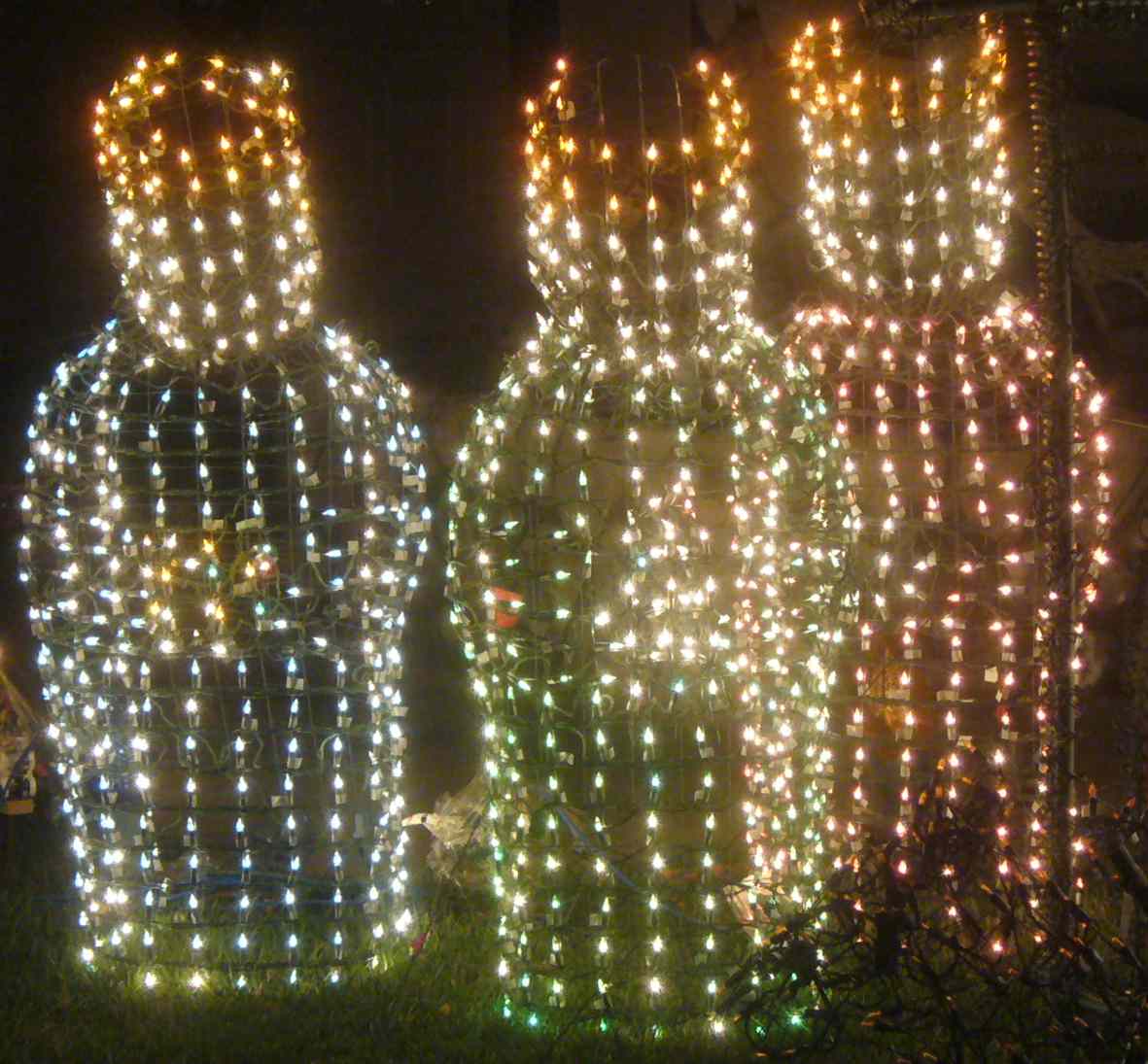 The King brothers have also been with the show for-ever - they were the first to join after Reed + Angelica formed the group. They brought many supplies with them, to help the group through its initial formation stages.

The Kings provide the backup vocals for the group. Off-stage, it's a joy to watch their entertaining commradery in action. If you need to contact them, they can be reached at Kings@eShepherdsOfLight.com.

Mary and Joseph, and family 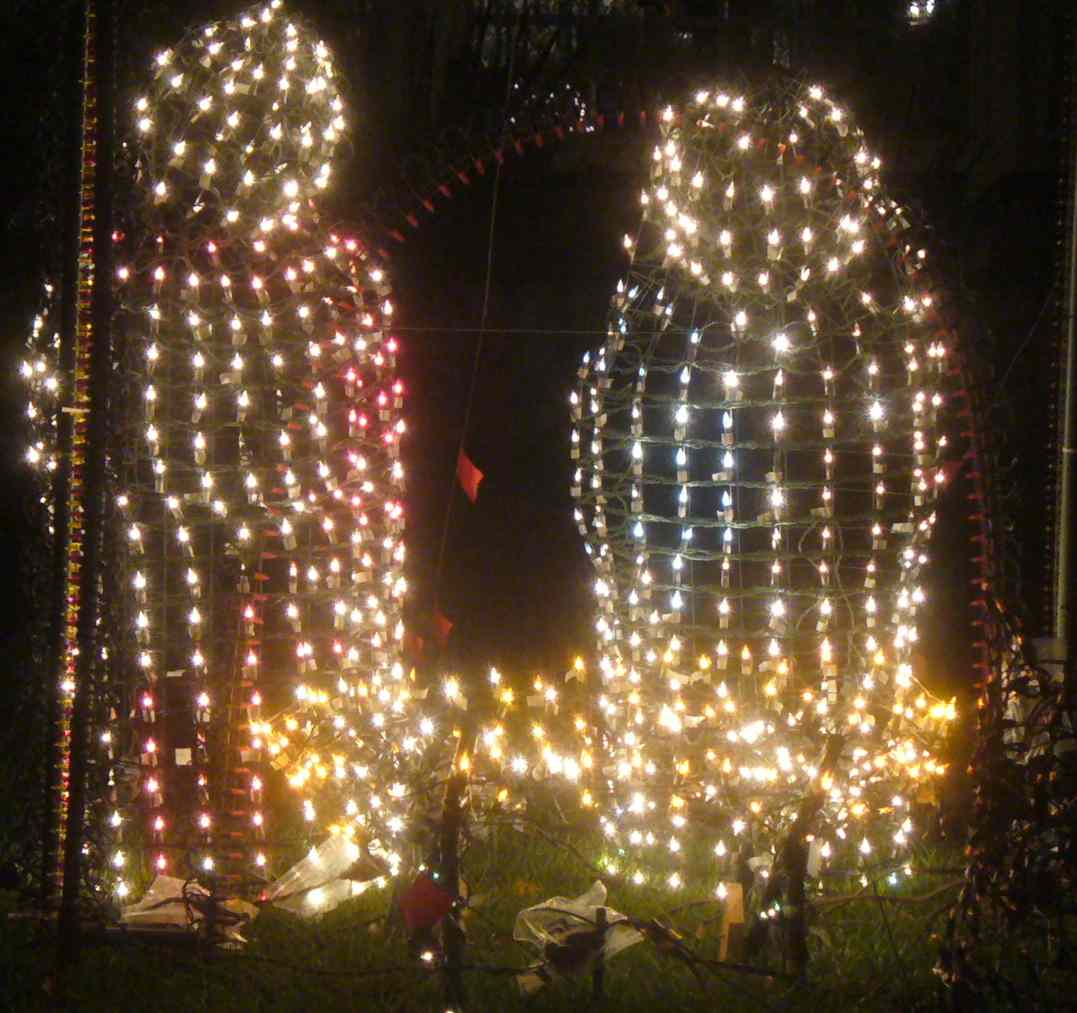 Mary and Joseph act as parents to the rest of the cast who are away from their homes and families during the show season. They are very comforting. Mary and Joseph were unmarried at first, but now they are married.

Mary and Joseph also brought a Baby with them, who is a very important part of our show. In fact, this Baby is the real meaning behind Christmas, because Christmas originally started out as a celebration of when that baby, Jesus, was born. Baby Jesus came for a specific purpose - to pay the punishment that we owed, and to lead us back to our creator, God, so we can be friends again. This was God's gift to us - giving His only Son to the world, to save us and allow us to be with Him again. Since then, we've embellished Christmas a lot with "other stuff", such as lights and gifts and other things, even things like what's featured in our Christmas light show. Those are all okay in moderation, as long as they don't make us forget what Christmas is really all about. And that's the mission of eShepherds - to help us remember what Christmas is all about, while having a fun time looking at the lights and listening to the music.

If you want to know more about this, send Mary or Joseph an email and they'll be glad to explain further.

The animals are a de-lite to work with, and contribute much to the overall atmosphere of the show, each in their own little way:

The sheep love being part of the action when the Shepherds are on stage. After the show, they eat some of the grass, which is helpful since it can't be mowed until the end of the show season.

Donkey can be stubborn at times, but usually manages to get into place in time for the start of the show.

Hippo is new this year - he's been kind of a challenge at times, but Angelica cleans and massages him, and there's lots of room for him in the garage (well, not really

Camel is also new this year. He's easy to work with when he wants to be, and can endure those longgggg rehearsals with ease!

If you would like to give one of the animals a hug, send an email to their CareTaker@eShepherdsOfLight.com. We'll make sure they're unplugged first, though. 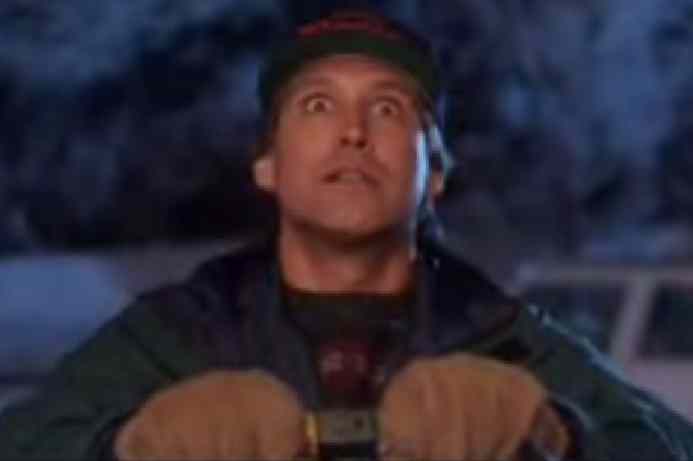 And lastly, our "tech guy". He's not really part of our cast per se, but he does a lot of the set up work and keeps the equipment running for us during the show season.

When not at a show or rehearsal, he can usually be found at Home Depot in the electrical aisle, where they know him by name.