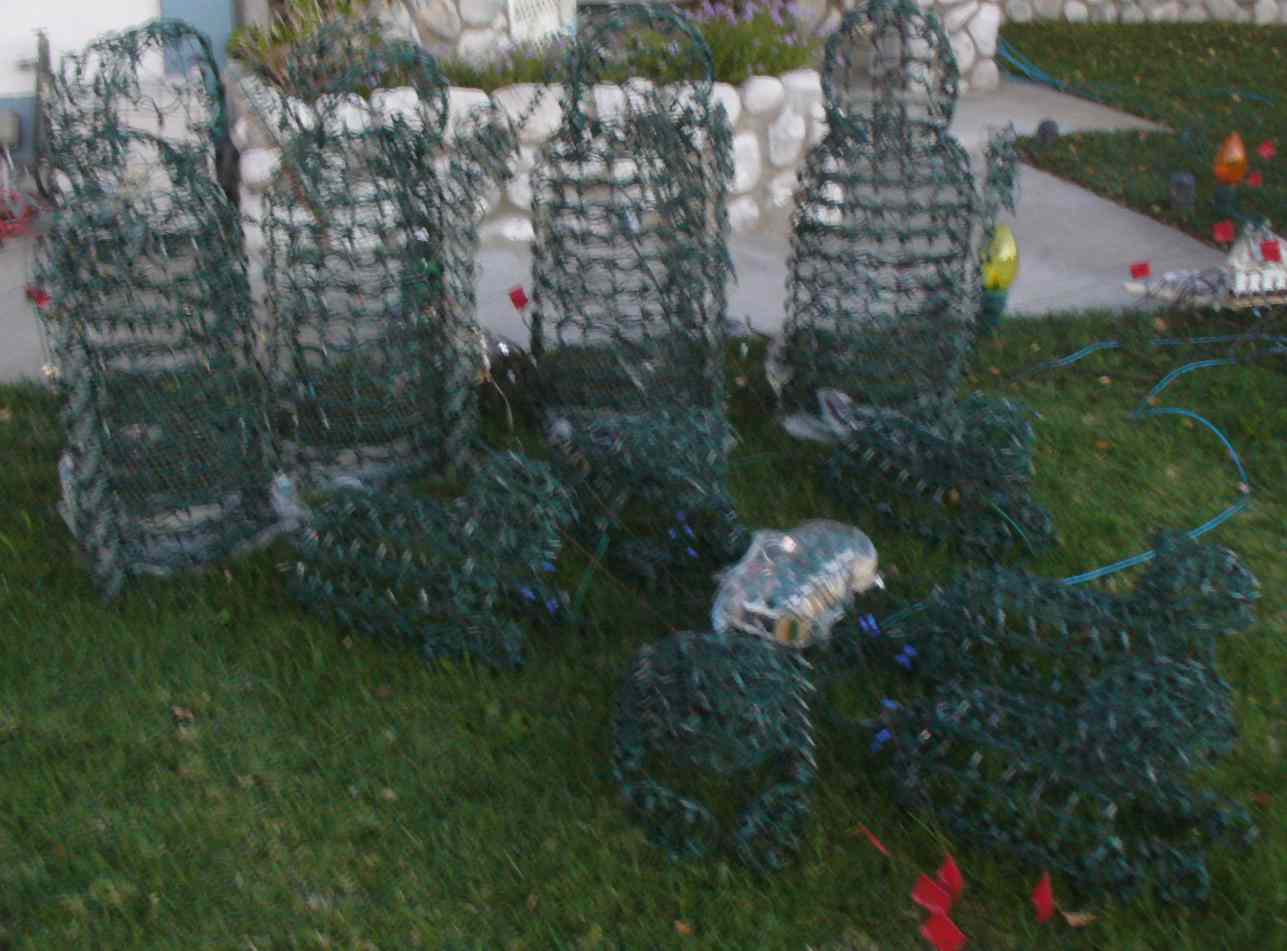 ... we're just a pile of lights, wires and fencing. 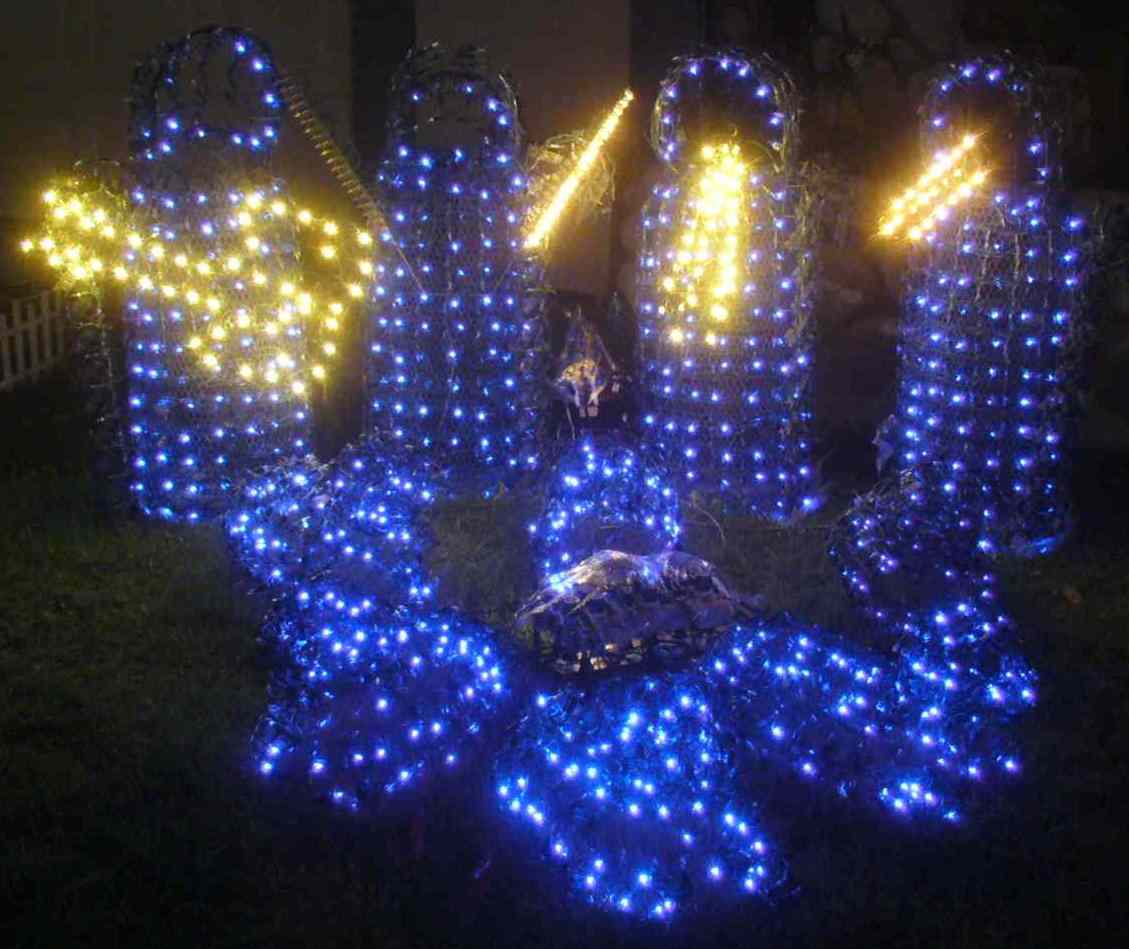 ... we transform into eShepherds of Light !

Backstage - Take a Look at the "Scene Behind the Scene" ...

A lot of effort and technology goes into our show. Below you'll find a short "guided tour", giving you an overview of the whole process. If you want to dig deeper, near the bottom are links to web sites with more detailed information. If you have some technical questions about our show, you can send an email to our tech guy.

The process is actually fairly simple (if you ignore all the details). It goes like this:

Keep reading if you want to know more ... 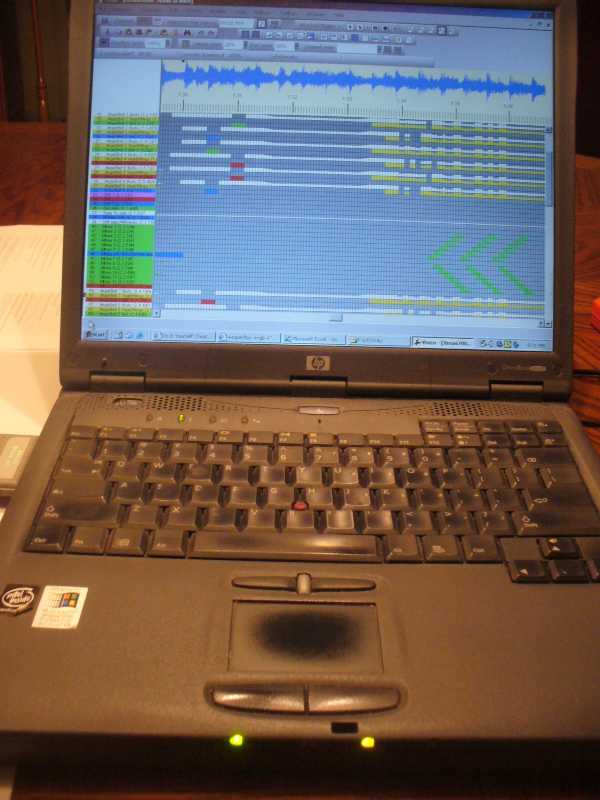 First, we start with a computer. The one used for the 2008 eShepherds of Light show was an old 600 MHz P3 notebook PC with 256 MB RAM, nothing fancy. Any reasonably recent machine will work. This machine ran Microsoft Windows and some freely available software called Vixen.

Vixen allows a light show to be synced to music. It has an easy-to-use visual interface for choreographing the show, and then it allows the show to be played back later, unattended. To get a copy of Vixen or find out more about it, visit http://www.VixenLights.com. 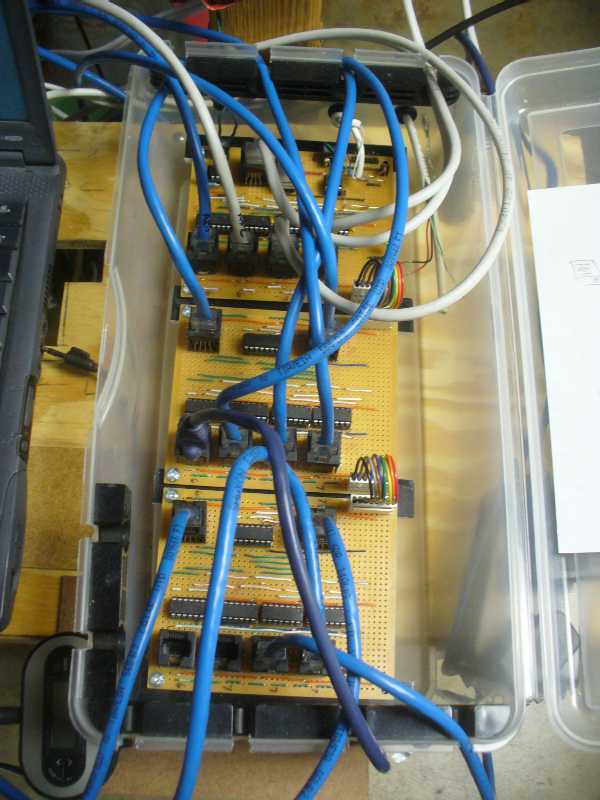 The controller is connected to the computer, and listens to commands that are sent to it by Vixen during the show. These commands tell the controller to turn the lights on and off, dim them, etc. - this is called the "sequence".

There are many different kinds of controllers, from off-the-shelf, ready-to-run controllers to build-it-yourself. The controller for the eShepherds of Light show was a home-built Renard controller, connected to the computer using a COM port. It cost about 1/10 th of what an off-the-shelf controller would have cost.

If you want to know more about how to build your own controller, or just about controllers in general, there is a great web site: http://www.DoItYourselfChristmas.com. 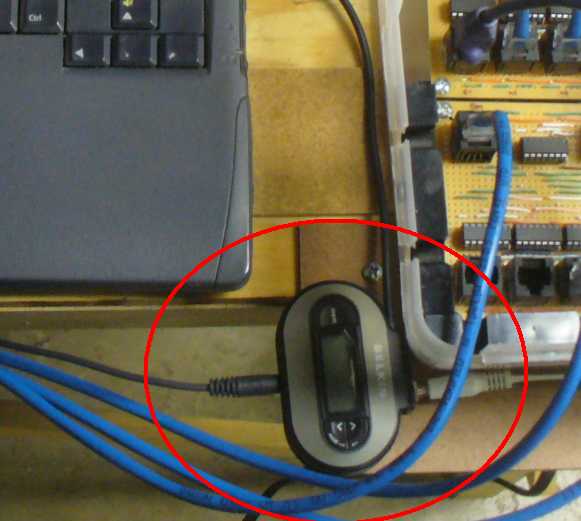 The eShepherds computer was also connected to a low-power FM transmitter. The Vixen software plays MP3 songs using the computer's sound card while it sends out lighting commands, so they are perfectly sync'ed. The sound was then fed to an FM transmitter, which allowed nearby FM radios to listen to the sound on an unused frequency.

As with the controllers, there are many different kinds of FM transmitters. Again, you can buy one ready-made, or build one yourself from a kit. For more information about how to connect an FM transmitter to a computer light show, visit http://www.DoItYourselfChristmas.com. 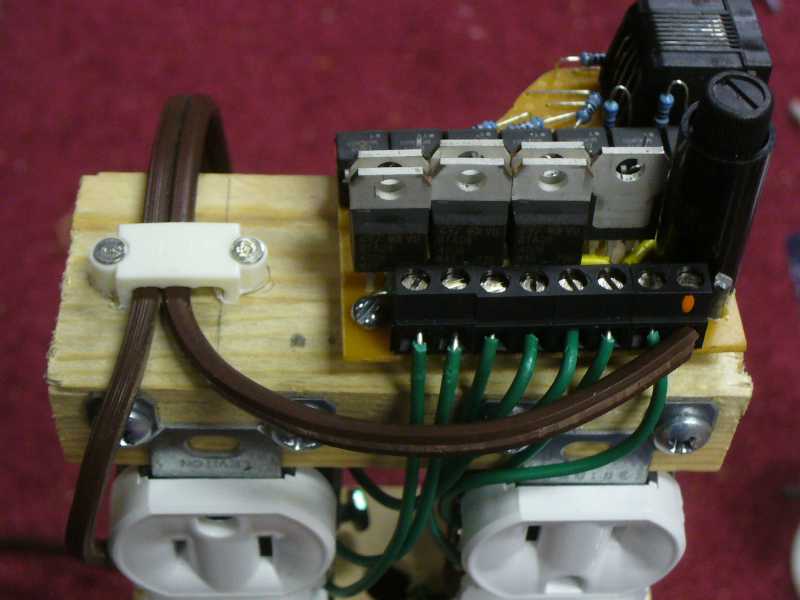 SSRs are like the light dimmer controls you commonly find in your home, and use the same type of parts. Computerized light shows can use anywhere from a handful of these up to hundreds or even thousands. The eShepherds of Light Christmas 2008 show used 112 of them.

As with the controller itself, pre-assembled SSRs can be bought and used, or you can build them yourself for about 1/10 th of the cost. The eShepherds of Light SSRs were all home-built. For more information about buying or building your own SSRs (schematics, parts lists, assembly manuals), visit http://www.DoItYourselfChristmas.com. 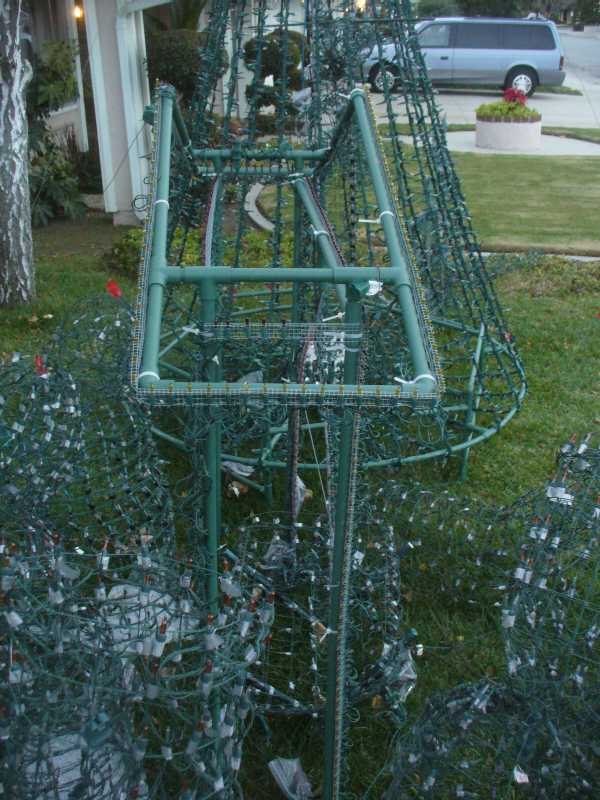 Then, of course, there are the lights. Many different types of lights can be used, including mini-light strings, C7 or C9 strings, LED strings, rope light, flood lights - just about any type of light. Some Christmas light displays use 100,000s of lights.

The eShepherds of Light Christmas 2008 show used approximately 18,000 lights, with most props containing 150 - 350 lights each. The smallest props were only a single C7 bulb. The largest prop, the tree, contained about 5,000 lights. Regular extension cords were used to connect to the SSR outlets (which were usually grouped into clusters). We mostly used mini-light strings, like you find in many stores around town near Christmas, due to their low cost and moderate brightness. In general, LEDs use much less power, but for the type of show we ran, the power consumption was not significant (about $15 for the entire season).

For more information about what types of lights to use, or how to connect them, again, a great reference site is http://www.DoItYourselfChristmas.com.

For more information about the software used in our show, visit http://www.VixenLights.com.

For info about the controllers, sequencing tips, or other info about putting on your own Christmas lights show, go to http://www.DoItYourselfChristmas.com.

If you've ever thought about doing a Christmas light display sync'ed to music, but were not sure where to start, the forums at http://www.DoItYourselfChristmas.com/forums are an excellent source of detailed information and helpful people!

Here's a site that explains the meaning of Christmas, its myths and truths: http://www.ChristianAnswers.net/christmas/home.html.